Each year Port Albert Yacht Club hosts the South Gippsland Regatta for the yacht clubs within the South Gippsland region. Since the demise of Corner Inlet YC a few years ago this has been reduced to a competition between two, Port Albert and Inverloch’s South Gippsland YC. The hotly-contested prize is a beautiful perpetual trophy which was constructed from the glass of one of the original gas channel lights. 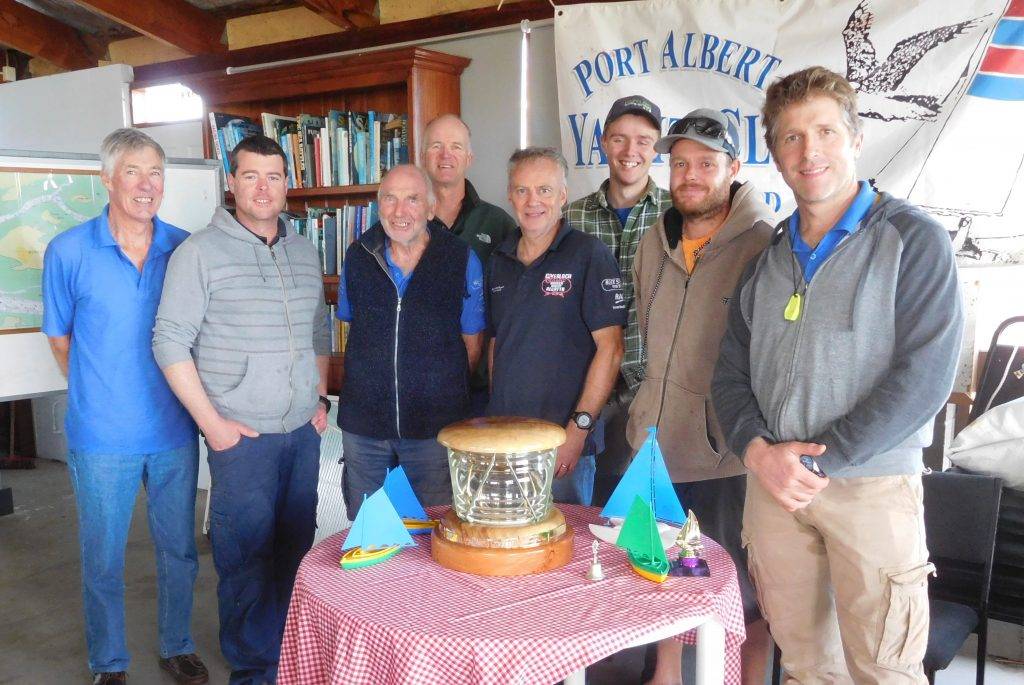 Sunday’s event saw fresh winds which made sailing quite challenging but exciting at the same time. The race officer set a long course and the westerly wind meant that almost the entire race was sailed as a reach – perfect conditions for the catamarans. Consequently Shaun Freeman was the best performed sailor in his Windrush but on corrected time Matt Kiely in his Impulse was not far behind. In the end, the overall team results determined that South Gippsland Yacht Club continued its winning streak and gets to hold the trophy for another year.
Thanks to Commodore Jenny Davies and the members at Port Albert for their hospitality and a wonderful day’s sailing.